I'm not going to tell you what book it is because I find the author entertaining and I don't want to embarrass him.  But seriously?  The copy with no production costs at all is only $1.45 less than the one that has to be printed and shipped?

Posted by heresolong at 8:21 AM 1 comments

Email ThisBlogThis!Share to TwitterShare to FacebookShare to Pinterest
Labels: ebooks, the cheaper alternative

How to go outside: An instruction manual

Had to be shared.  Show your kids.  Or your grandkids.  If you've done it right this is unnecessary, but if you haven't, it's never too late.  Read the article before you look at the poster.  It's wonderfully written.

Posted by heresolong at 9:25 AM 1 comments

Email ThisBlogThis!Share to TwitterShare to FacebookShare to Pinterest
Labels: going outside

F&R opened in 1864 in Berlin and was dissolved in 1929.  https://www.fiddlebase.com/frister-rossmann/ 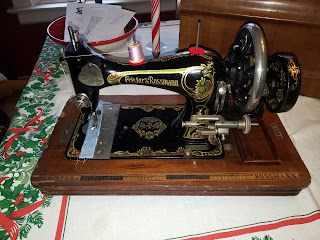 Posted by heresolong at 8:02 AM 0 comments

Deluxe is the name put on many Japanese made machines for marketing purposes.  The JC and JA codes tell you who cast the machine and who assembled the machine.  This machine was most likely marketed under several badges.

It sews very nicely and is my go-to for electric sewing.

Posted by heresolong at 5:55 PM 2 comments 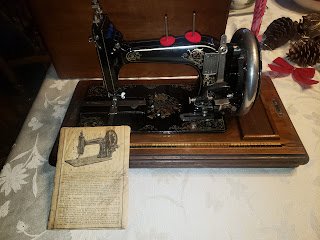 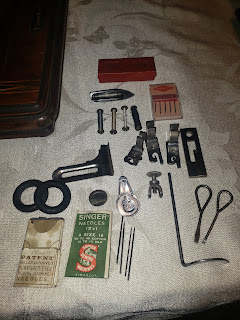 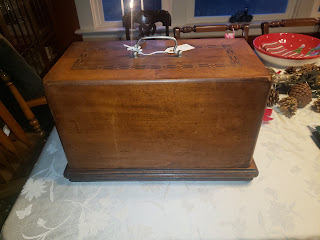 Posted by heresolong at 5:45 PM 0 comments

According to Andrew McCarthy, former Assistant US Attorney and current commentator, no one has been charged with insurrection.

According to the Department of Justice website, no one has been charged with insurrection.

But the media continues their lies:

Some of those charged have admitted fault, and some who were found guilty of insurrection have been sentenced to long prison terms.

Oh, and anyone associated with Antifa or BLM who assaulted a police officer or attacked a federal building should also go to jail.  Because there's a lot more of them and for well over a year statistically zero % of them were tracked down or prosecuted by the FBI and the DOJ.

Posted by heresolong at 6:16 AM 0 comments

Is there a Santa Claus?

Spoiler alert: Of course there is because the world would be a lesser place without one.

Posted by heresolong at 7:32 AM 2 comments

Email ThisBlogThis!Share to TwitterShare to FacebookShare to Pinterest
Labels: Is there a Santa Claus?
Older Posts Home
Subscribe to: Posts (Atom)