Beer Can Chicken: The Adventure Begins

Bought a new propane smoker.  Masterbuilt Sportsman Elite, the purchase of which is a fun story in its own right, but which I'll save for another time.  Been smoking with my sidebox barrel smoker for years but it makes for a very long day so this is a nice change. 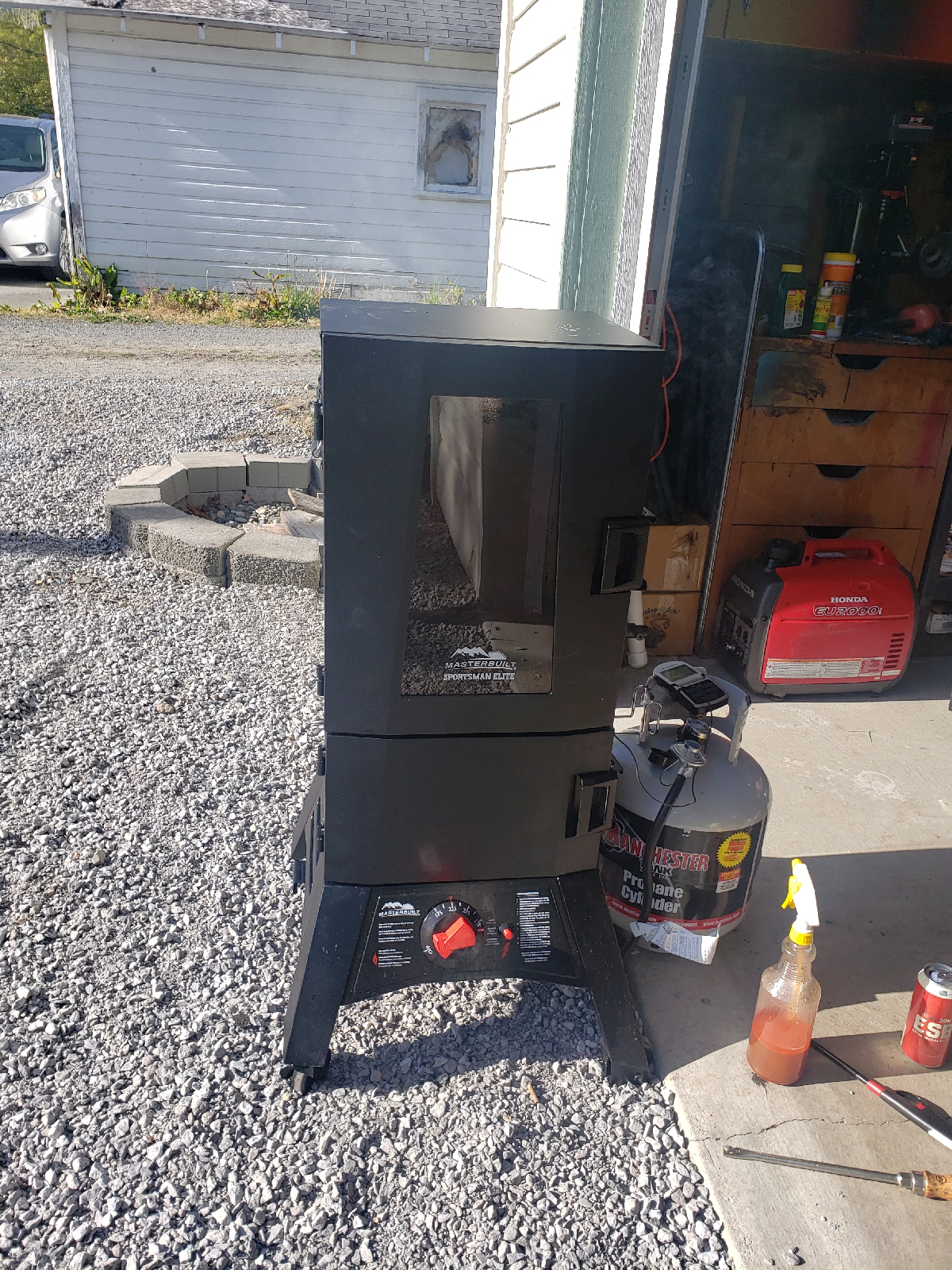 Got the Smoke and Spice cookbook years ago and couldn't recommend it more but I've never made any poultry recipes so here went nothing.
Need chickens, beer in cans, onions, and a kitchen injector cause I've never done that either.  Off to the store.  I have about two hours before I'd like to have the chicken in the smoker if I'm going to eat at a reasonable time.
Grocery store, no injectors.  Tractor Supply no pellets, spray bottles, or injectors.  Farm Coop has mesquite pellets and spray bottles but no injector but customer behind me says Ace Hardware has them.  Ace is the place, plus I get hickory pellets.  Oh, and an expensive hose for the front of the house but it was on sale.
Home.  It is now late but this shouldn't take long.
Kitchen is a mess as I ran the dishwasher before breakfast so haven't done the breakfast dishes.  Into the sink they go as it's a small kitchen with limited counter space.
Oops.  Out of Wild Willie's Beef Rub.  No problem as I have all the ingredients so easy peasy.  Put everything in a tall shaker bottle and then knock it over into an open kitchen drawer.  Sigh.  More dishes and containers covered in rub.
Moving on, inject the chicken.  I've made the injection but never used the syringe before. Bought a good one, metal, but injection fluid is going everywhere, every time I touch it. But finally thats done.  Rub the chicken and its time to set up the beer cans.
Cut off the tops, drink half the beer (that was easy)  add chopped onions, garlic, and apple cider vinegar to the cans.  Smoker is running so time set chicken on cans and move them out.  Except that they won't stand up and keep falling over and spilling.  Turns out there's this great invention called a "beer can chicken rack", of which I have none.
No problem.  I can be inventive.  Turkey pan rack. 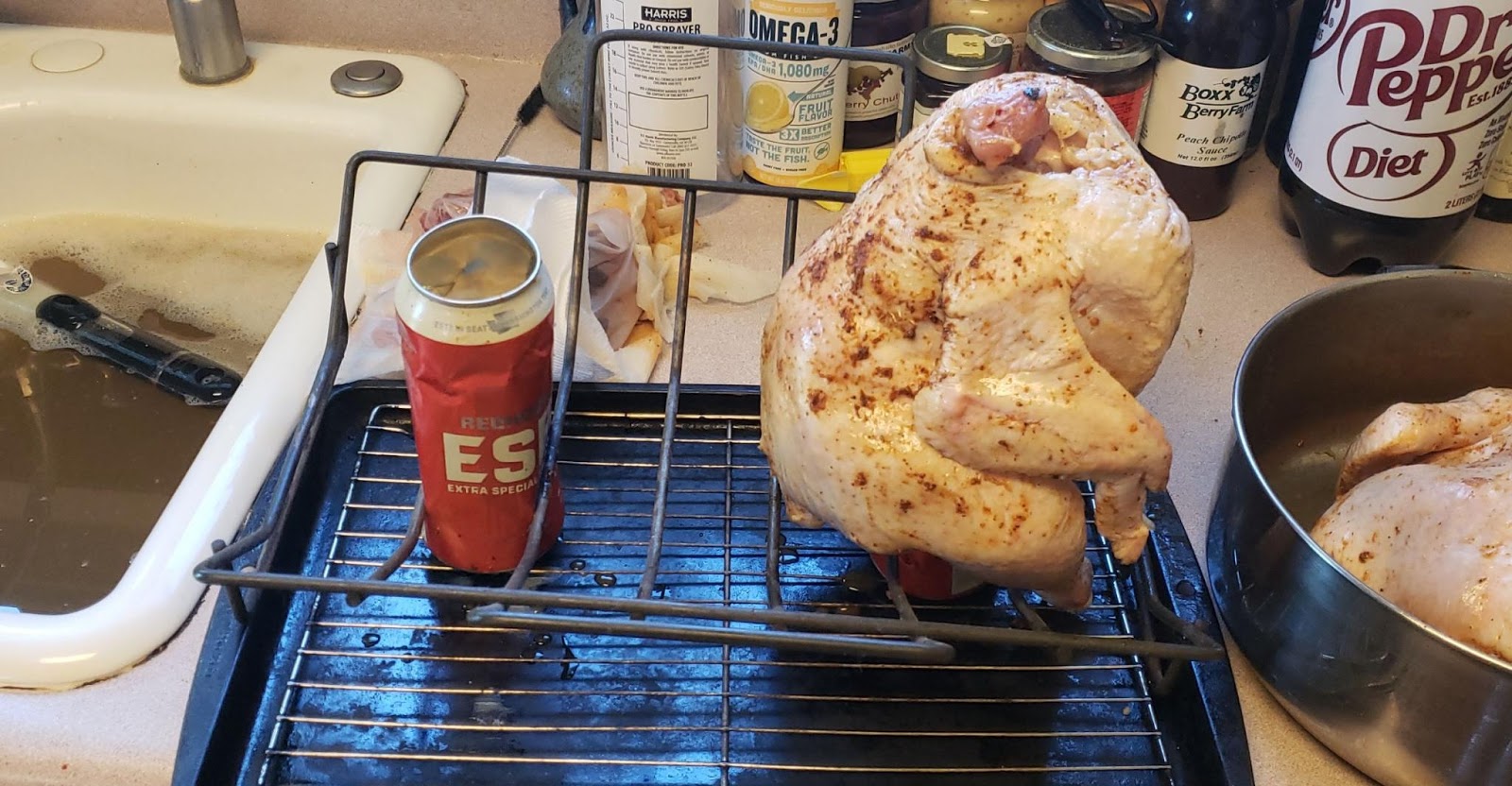 perfect except....
Its wider than the smoker.  Next.
Disassemble, spilling more stuff.   Put them in a pan to carry out and they promptly fall over in the pan.  But I got them out there, propped them against the little metal piece that covers the thermometer and there we go. 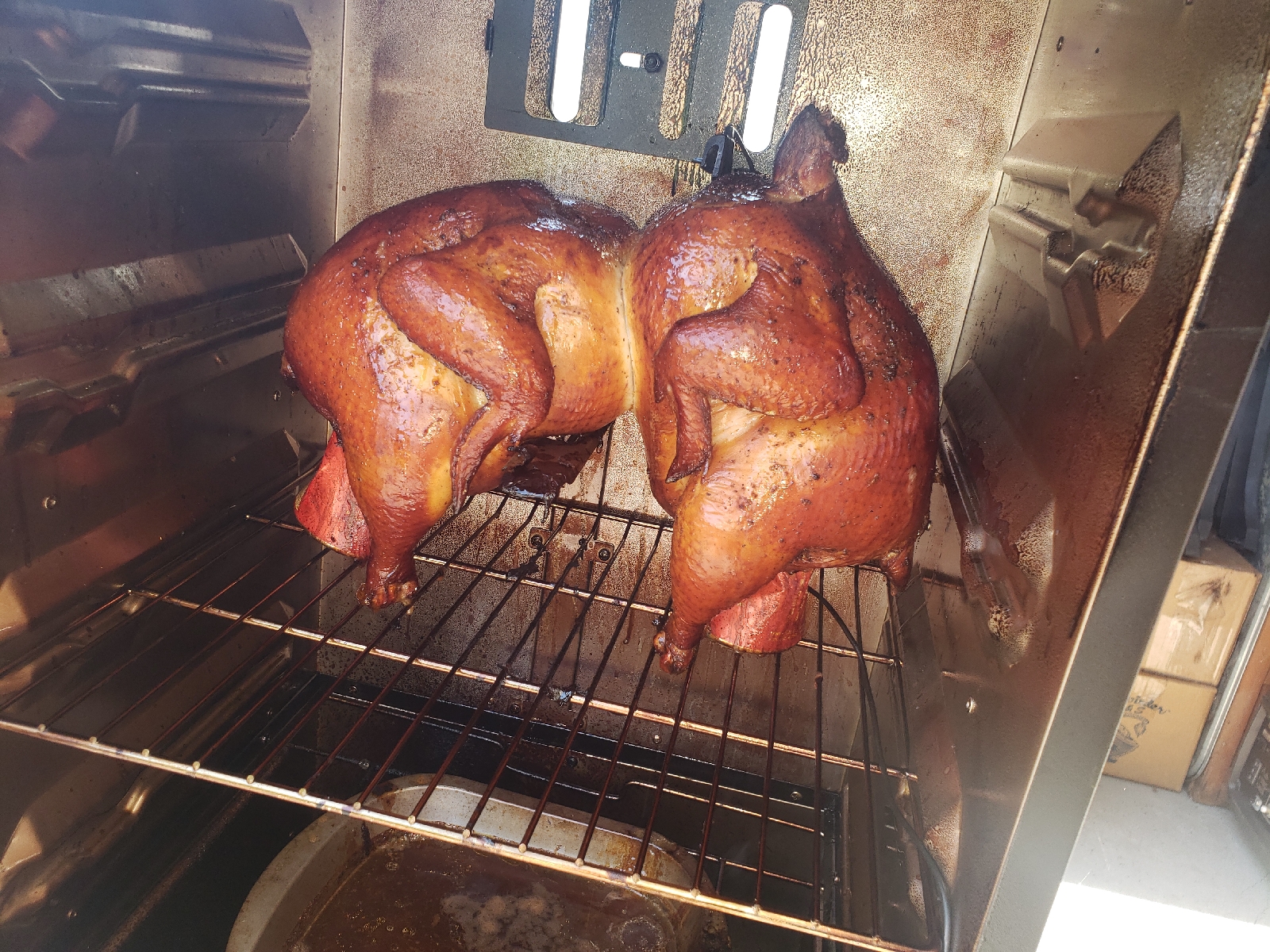 In the smoker by 4 so with a four hour smoke time I should be eating by 9.  Original plan was 6:30.  Sigh.
Good news is its a beautiful Pacific NW day and they don't get much better than this anywhere.  Rum and coke, music, backyard, and the prospect of barbecued chicken.
Posted by heresolong at 5:52 PM