Decided to dig into my ammo closet and reorganize, mostly cause I didn't have enough to do (ha!).  Actually mostly because I picked up about 5,000 rounds of various calibers from a friend's wife since he died recently and she is clearing out his stuff.

Problem 1: my ammo is mostly stacked on the floor in little plastic containers.  This causes...

Problem 2: to get at anything I have to unstack the containers to access the one I need and ...

Problem 3: my old house has a limited number of closets and they are all under the steeply pitched roof so all require a little bit of hunching to get into

Solution: build a dedicated ammunition shelf into a different closet, where nothing will be stacked.

With a little browsing I found this shelf project over on With A Bullet, completed in 2011 and shamelessly stole all his ideas, plus one of the suggestions in the comments.

Here are the results, followed by a couple comments. 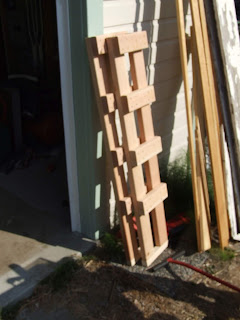 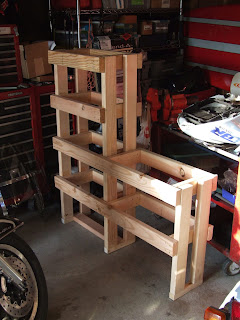 Shelved with sanded maple. The 2 x 2s were a suggestion in the comments on the original post to increase shear load.  There is no way that this shelf needs increased shear load, but it looks a lot cleaner with the gaps filled.  Mine is also probably overbuilt compared to the original overbuilt version because my space only allows for three  wide cans versus his four. 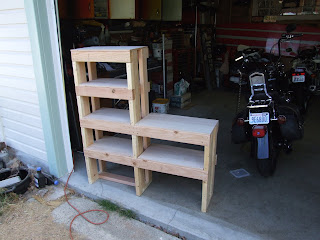 This was basically the finished product except that it was four inches to long to go through the closet door and swing into position.  I had to take the small end apart, cut off four inches, then reassemble.

Here it is mostly loaded although I'm still working through some miscellaneous calibers plus cleaning supplies and leftover junk.  I'm also planning on printing nice labels instead of sticky notes which will fall off. 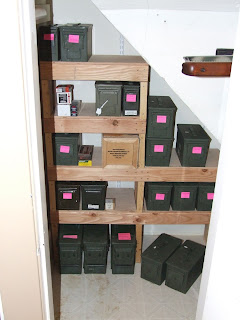 I'm pretty pleased.  The safe is off to the right and once I get all the miscellaneous junk sorted this will have freed up a larger closet (I don't have many) in the master bedroom.  This is probably the best woodworking project I've ever done (I'm not much of  a woodworker) but followed the directions from With a Bullet pretty closely and other than the door issue came out nice.
Posted by heresolong at 6:02 AM

I've got three metal lock-boxes for ammo loaded up - but with the new CA ungodly ammo restrictions passed and no Real ID yet, I'm not able to buy more.
The difference is his project and yours is that I see a Harley parked in your picture. I'm actually talking to a guy about a 2008 Softtail with under 10K on it. The BMW R1100R hardly gets ridden and when it does it's solo because my wife can't see around me very well. I'd like to slow the pace and enjoy things more, but I've never ridden a Harley before.

Wow. I get email notifications every time someone spams my blog but then not when someone actually comments.

I suspect that if I lived in the California Sierra's I'd be at the Nevada gun shows buying ammo by the truckload.

I love my Harleys. I'm not saying they are the best built bikes in the world but I do have about 225,000 miles between them so not terrible. The nice thing about the HD seriously is the mystique. People walk up to you in gas stations and tell you about their uncle who used to take them for rides when they were a little kid. Or at least they used to. Seems like the market has become somewhat saturated. I don't acxtually care because I'm still enjoying myself.

The 08 Softail is a good bike. No real issues although sometimes the compensating sprocket spring can get weak and cause it to clank on startup. Not a serious issue though. It won't be as comfortable as the BMW.

Thanks for the heads-up! I picked-up the '08 Fat Boy in Grass Valley and rode it home.
It took a while to get used-to the foot-boards, shifting was no problem, and it was quite comfortable despite lacking a windscreen! The upright riding position and close footpegs on the BMW would cause my hip joints to get tired after being bent at an angle for a while, and the seat was not that comfortable for a long legged person compared to the Harley lay-out.

Reading, now and most recently

Shopping on Amazon? Use the link below and I get a small kickback through the Affiliates program. Doesn't cost you any extra. Thanks.